Optimizely Full Stack Flags version comes with two environments automatically: Production and Development. When selecting a flag, you are directed to the Development environment rules. 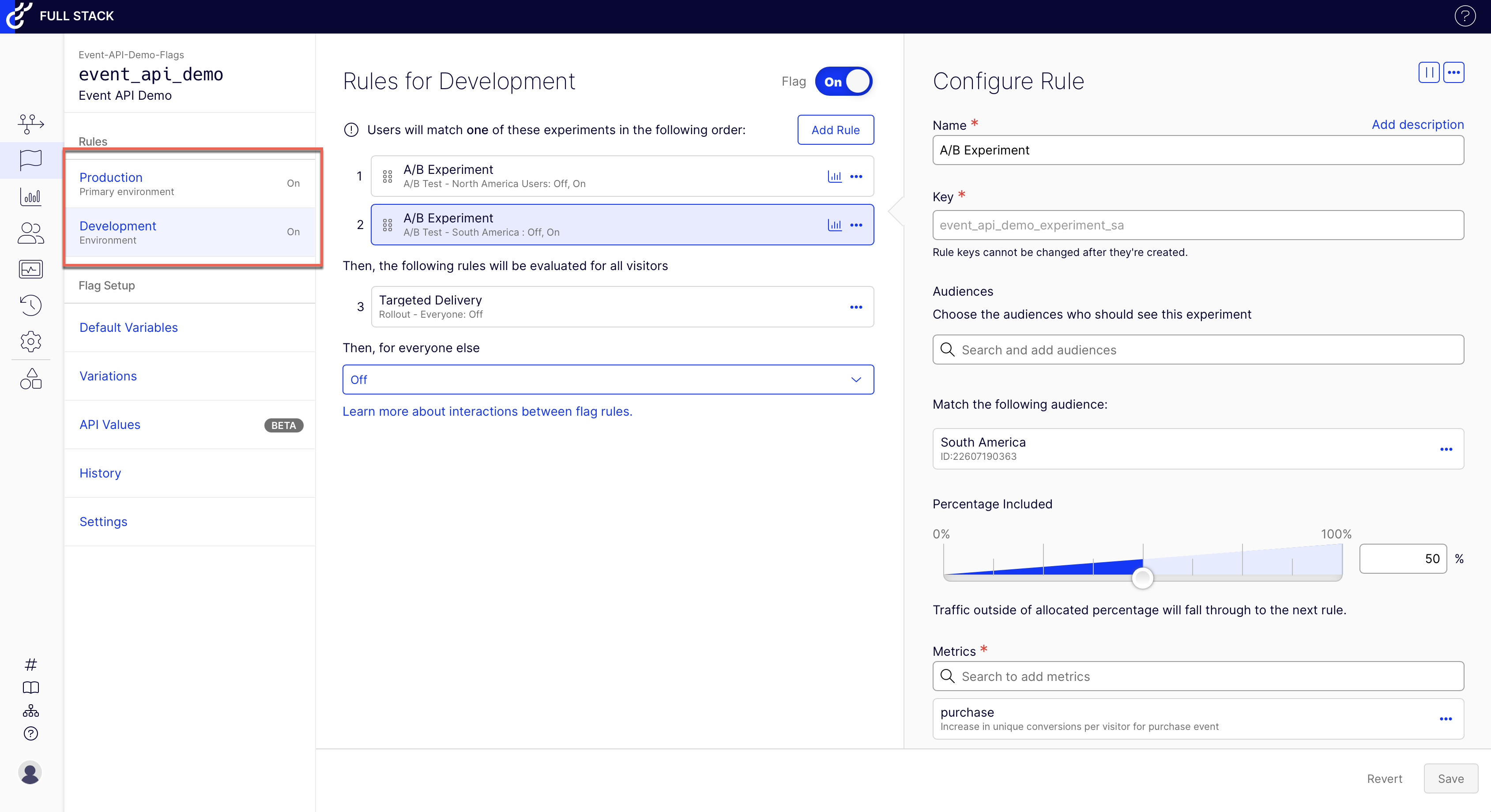 Remember that each environment has a different datafile, with which you will initialize the Optimizely SDKs.

Here are two examples of environment use cases. You can have an unlimited number of environments, and there are many more possibilities for using them than we have described here. Use as many environments as your workflow requires.

In general, the fewer environments you use, the simpler the workflow.

The two-stage “sandbox” QA use case is a common setup in web development and involves these separate, sequential environments:

You can use the "sandbox" approach even if you do not have separate deployment environments for your application. One common use case is to toggle between the local and production files for debugging. For example, you could load the local file when a certain “test” cookie is enabled, when a certain URL parameter is attached (like ?debug=true) or based on some other check that matches your internal workflow.

The three-stage testing use case involves these separate, sequential environments:

Imagine you have three experiments: sort-by-name, show-subtotal and warn-empty-cart. You set up a new environment named Testing so you can test your experiment code before you deploy it in the Production environment. Suppose that:

Here is an overview of the statuses of your three experiments in your two environments:

You can keep experiments running in your testing environment that are also running in production if you prefer.

Now, let us imagine that the project owner creates a third environment: Staging. Optimizely will generate an additional datafile named Staging. Every experiment will be in the “Not started” activity state in Staging, and the Staging datafile will show the experiment status as “Not started.”

When your experiment code is fully functional and ready to test, switch it to the Testing environment by pointing your code to the Testingdatafile.