Run a beta by showing a flag to a specific subset of users instead of rolling your flag out to a random percentage of your user base.

1. Decide on an attribute

An attribute is a property in your data that can be used to target a flag to a given customer or user. Decide which attribute to use for your beta based on the data you have available in your application. For example:

In your code, pass the value from the data available in your application as an attribute to create a user. The below example shows how you would do this if you were running a beta based on customerId:

Once you have implemented the attribute, you will use it for the beta, Target audiences for the beta users of your flag.

Be sure to match the value with the attribute's appropriate type. 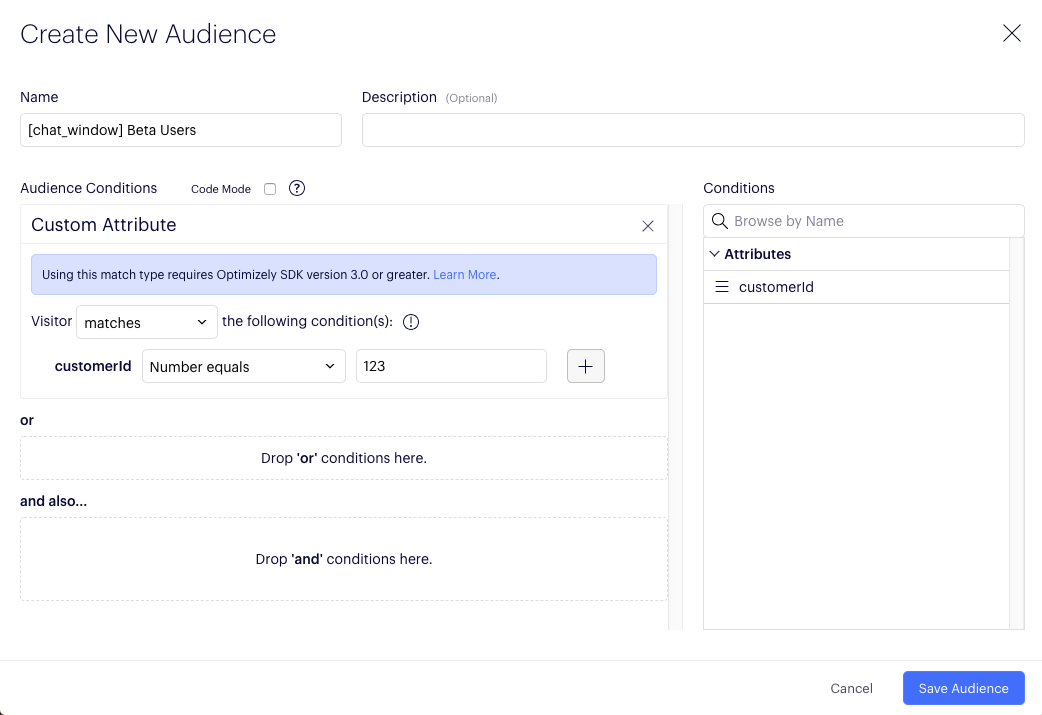 Create a targeted delivery for the audience you created previously and save, ensuring that the percentage delivery is configured to 100%: 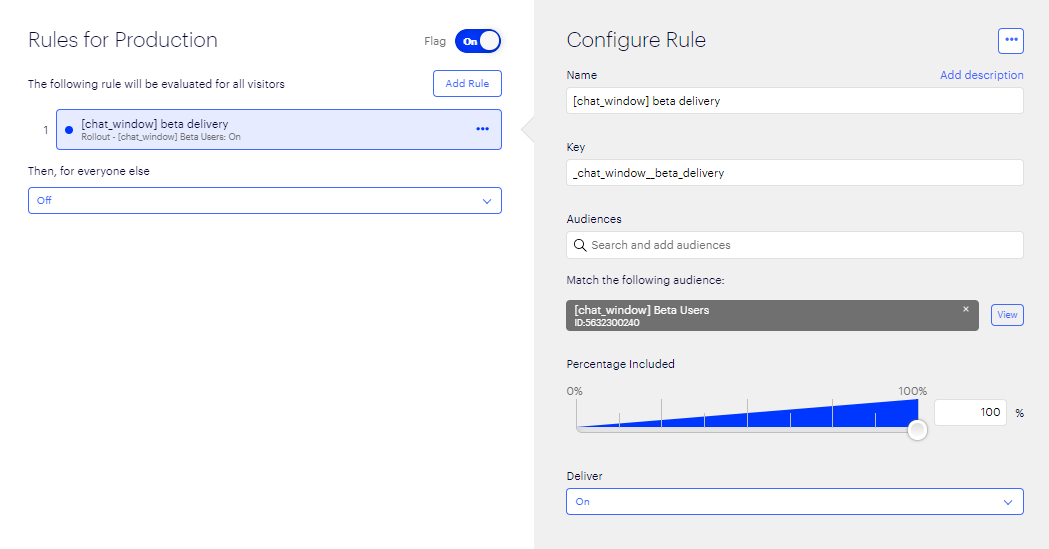 Your beta is running now that you have added the audience to your flag. After your first beta audience, you can retain them at 100% and strategically roll out to a sequence of audiences using multiple targeted deliveries. For example, you could define audiences to roll out to, such as: 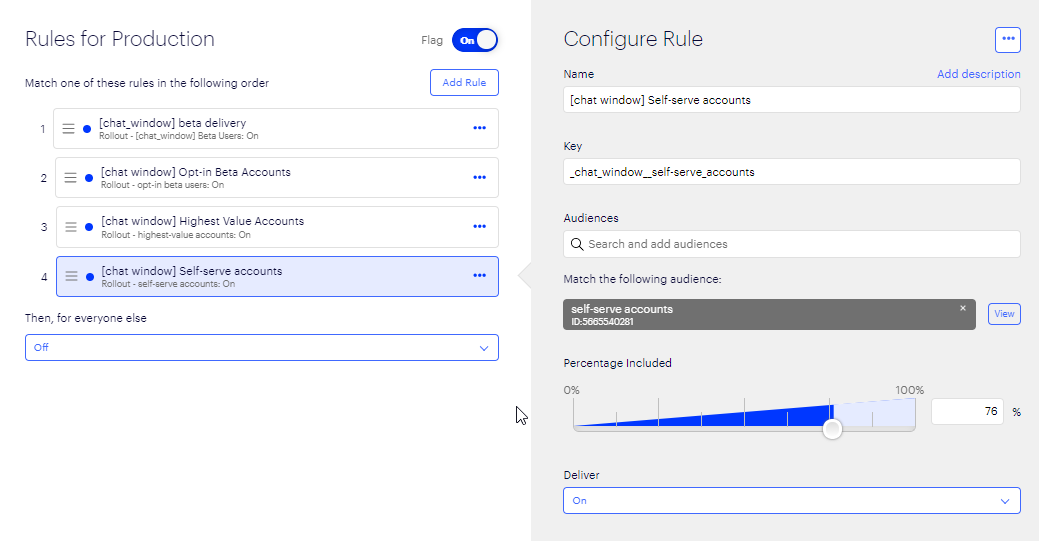 When all your audiences are at 100% traffic, you launched! Congratulations!

To optimize your feature flag during or after delivery, test variations of your flag. For more information, see Run A/B tests.