You might want to run a test that focuses on maximizing conversions from your variations instead of finding the variation most likely to consistently perform better than your baseline. A multi-armed bandit (MAB) optimization is a different type of experiment, compared to an A/B test, because it uses reinforcement learning to allocate traffic to variations that perform well while allocating less traffic to underperforming variations.

MAB optimizations do not generate statistical significance. Instead, the algorithm pushes traffic to variations that have the most conversions; the reason for a variation's performance is not important.

MAB tests are best-suited for maximizing conversions during short, temporary experiences such as headline testing or a holiday weekend sale. You should never use MAB tests for exploratory hypotheses or for variation selection. MAB is for optimization, not experimentation.

MAB's primary goal is to answer: Which variation gets us the largest reward? where the "largest reward" is the highest revenue or most conversions. For more information on MABs, see how to Maximize lift with multi-armed bandit optimizations.

The following cases may be a better fit for a multi-armed bandit optimization than a traditional A/B experiment:

For algorithmic details of MABs at Optimizely, see the support documentation.

To configure a MAB:

Create an optimization in the Optimizely application

To create a new optimization in the Optimizely app: 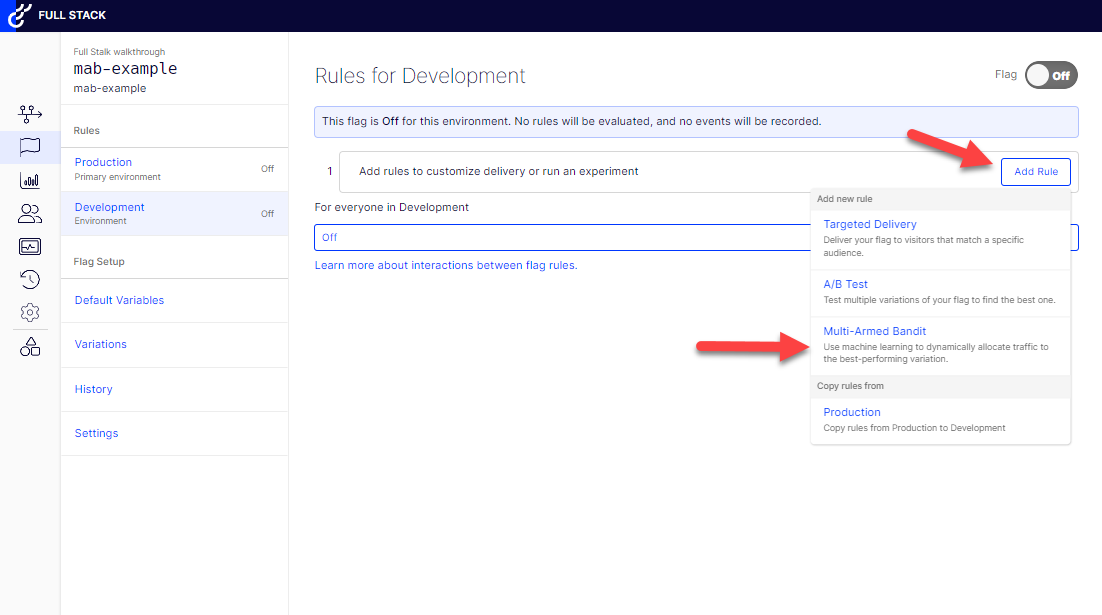 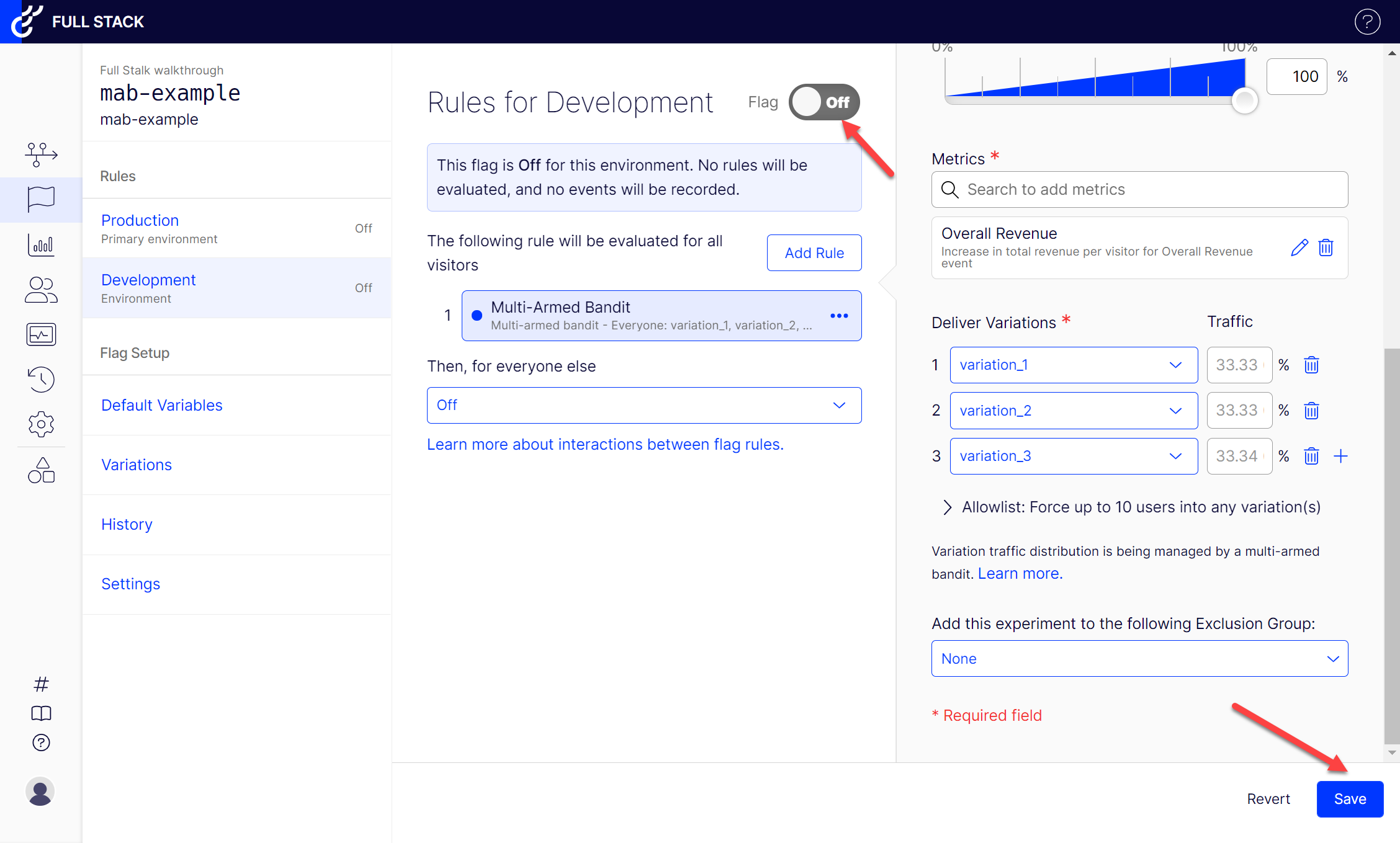 If you have already implemented the feature flag in your application's codebase, no further configuration is required for the flag delivery. If you have not, implement the Decide method call in your code to enable or disable the flag for a user:

Optimizely uses the Decide method call to decide if a user qualifies for the delivery rule or not and which variation they receive. Optimizely SDKs let you reuse the exact flag implementation for different flag rules.

Remember, a user evaluates against all the rules in a ruleset in order before being bucketed into a rule's variation. See Create feature flags.

Updated about 1 month ago

Did this page help you?