A feature rollout enables you to safely deliver a new feature to your users by controlling who sees it, and when. For more information about what a rollout is, see Introduction to rollouts.

Roll out a feature flag

To roll out a feature: 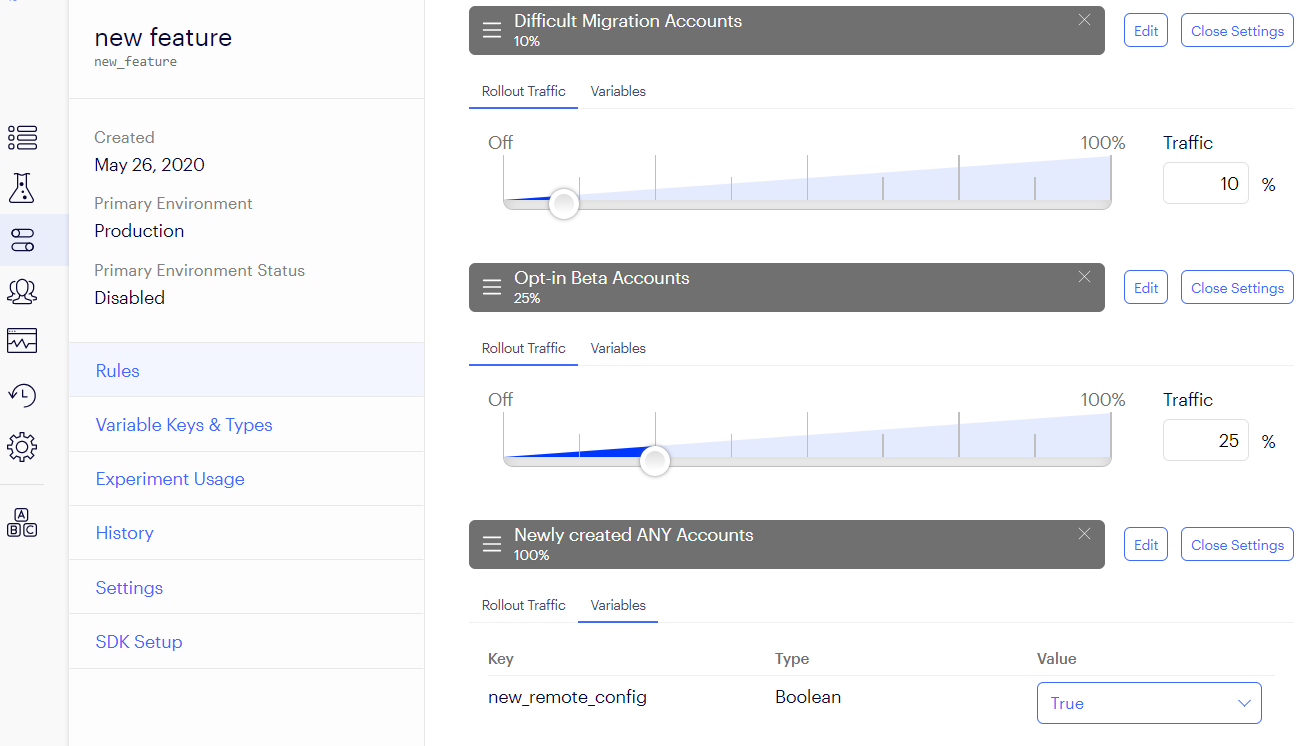 Optimizely uses the Is Feature Enabled call you created when you implemented the feature flag to determine if a user qualifies for the rollout or not. For more information, see Create feature flags.

Rollouts are used for launching features, so no impressions are sent and no extra network traffic is generated. To measure the impact of a feature and track metrics on your Results page, create a feature test instead of a rollout.

Feature rollouts and feature tests operate on the same feature flags, but they have important differences. Before using a rollout or a test, be sure to read Interaction between feature tests and rollouts.

The Features dashboard gives you a snapshot of what is happening to a feature at a given point in time:

Once you've removed a feature flag from your code, you can archive it by clicking the Action icon (…) and selecting Archive.