Optimizely runs four types of apps on OCP, all defined by the naming convention and the use of tags.

This use case explains a dev app. Below is a brief introduction to the app naming convention and its use on the OCP platform.

We follow the Semantic Versioning (semver) specification of version management for apps built on the OCP platform.

All of our apps follow the semver.org standards. Given a version number MAJOR.MINOR.PATCH, we increment:

We also support two types of pre-release tags: -beta and -dev. Any app with a pre-release tag is not globally visible inside the app directory and is intended to serve as a work in progress.

The versioning of your OCP app is in the following format:<app_name>@<app_version>.

In the example from Initialize your first app, the app's name and version is [email protected].

The purpose of pre-release versioning

Pre-release versioning allows you to work on a single train of code that is consistently named MAJOR.MINOR.PATCH, where you increment the pre-release tag as necessary until you are ready for your production release.

For example, imagine your next OCP app release is 2.1.9. During your development work, you end up with four pre-release versions before you are ready for the final release. Your versioning would look like this:

The purpose of the -dev pre-release tag in OCP

Developers can only publish -dev pre-release tags. The -dev tag allows you to work in a sandbox environment without formal code review and without the ability to impact other apps, users, and accounts. These apps are hidden from the App Directory, so other users cannot see or use your apps. 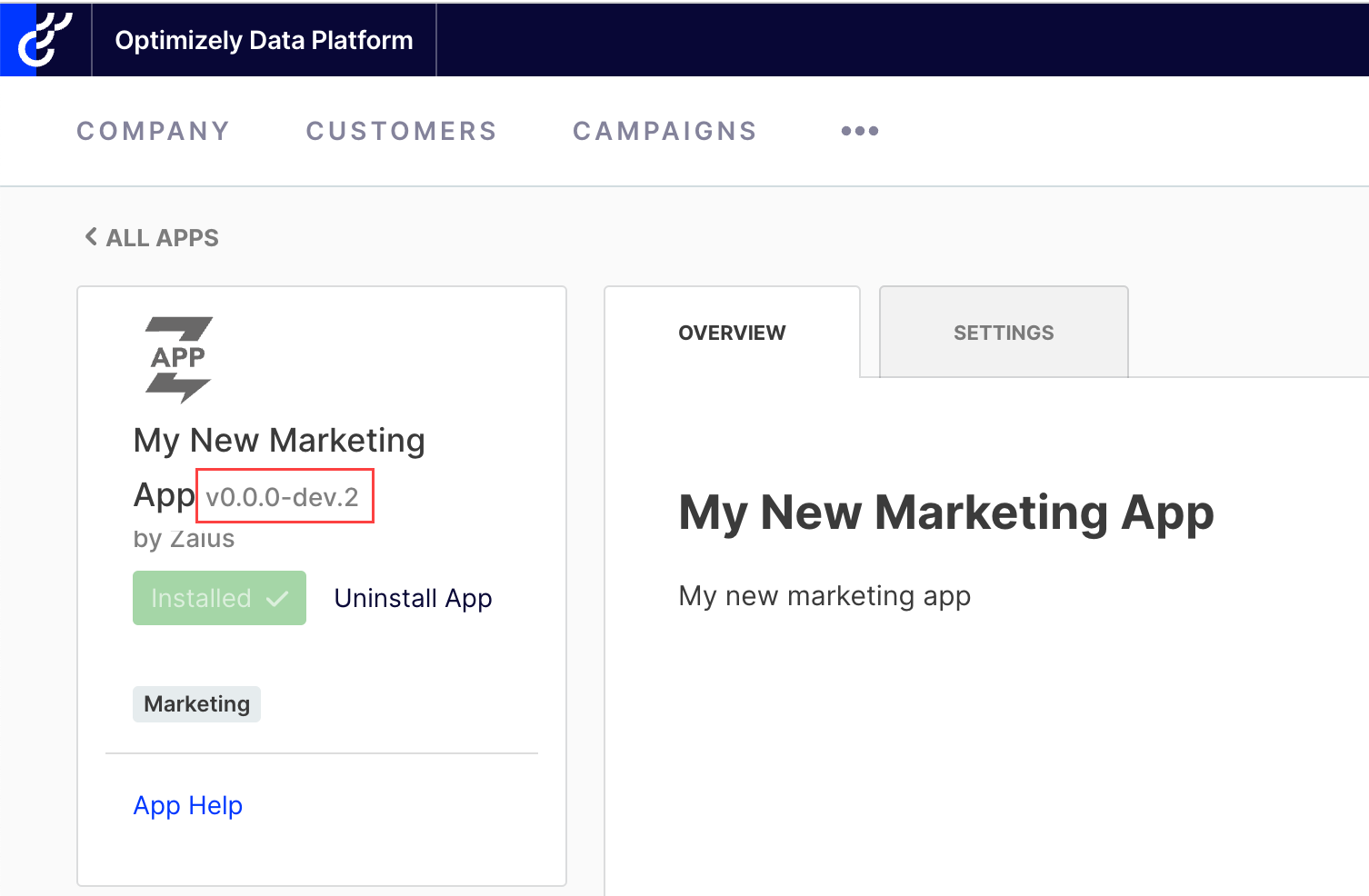